Vanquish Vs. CoolSculpting: Which One Should You Choose?

Are you looking for a non-surgical fat reduction procedure that has minimal to no downtime?  If you’ve done your research, you probably discovered that BTL Vanquish and CoolSculpting are two of the best options. They’re both generally safe and non-invasive.  But here comes the challenge: choosing between BTL Vanquish vs. CoolSculpting! Choosing the perfect treatment can be pretty difficult, but don’t worry! Introlift is here to help you decide. In this article, Introlift has listed down the main points you should know before choosing between CoolSculpting vs. Vanquish. Discover how they work, how long they take, and more!

About the BTL Vanquish

BTL Vanquish is a non-surgical procedure that permanently reduces fat in the abdomen, flanks, upper back, and thighs. It has the largest treatment area out of all devices in the industry. The device emits radiofrequency waves and heat to destroy fat cells beneath the skin. It heats the cells to around 120° and damages them. This cell death is also called apoptosis. It also monitors the fat tissues and adjusts the energy it directs toward the fat cells. The time it takes for cells to die can be immediate, but sometimes take a few weeks. Once these cells die, the lymphatic system will filter and pass them through to the liver. Then, they are eliminated together with urine. Fat cells do not come back, as they do not usually regenerate.  Depending on weight fluctuations, fat cells can swell up or shrink down. Still, the number of cells does not change. BTL Vanquish offers unmatched safety and comfort and gives off a mild and gentle warming sensation similar to a heating pad.

How Long Does the Procedure Take?

We will help you design a protocol treatment plan that will depend on your specific needs. One protocol treatment can take up to 4 to 10 sessions. Patients usually get four treatments scheduled one week apart. One session is split into two parts for the best results. It takes around 45 minutes for your abdomen and 30 minutes for your thighs.  Another good thing about BTL Vanquish is that it mostly does not have any downtime!  But to complement the treatment, you should take light walks and drink plenty of liquids to aid your lymphatic system’s drainage.

What Should I Expect From This Procedure?

A single protocol treatment of BTL Vanquish usually melts 2 to 4 inches off the waistline. In addition to eliminating fat, it also tightens the skin on the treated area.  You’ll notice improvements after 4 to 6 weeks. Depending on your condition, you might also experience changes in just one treatment! That’s one thing you might want to jot down when choosing between BTL Vanquish vs. CoolSculpting!

CoolSculpting is a safe, non-invasive, and effective fat reduction procedure on the abdomen, back, flank, thighs, arms, and submental area. It has been around for almost ten years and has already been used in millions of treatments worldwide. The main concept of CoolSculpting is similar to that of BTL Vanquish. Both procedures use technology that destroys and naturally eliminates fat cells from the body.  However, while BTL Vanquish uses heat to kill cells, CoolSculpting uses the opposite. The cooling technology of CoolSculpting freezes the cells to kill them.

Cryolipolysis, also called fat freezing, uses cold temperature in reducing the body’s fat deposits. CoolSculpting is the first cryolipolysis system that has approval for use by national and international regulatory bodies.  Before the procedure, the doctor will assess the shape and size of the fatty deposit and outline the target area with a skin-marking pencil. The next step is applying a gel pad to protect the skin.  CoolSculpting is not completely contactless. The applicator, which uses vacuum technology that pulls up the fat cells, is placed on the skin. It makes the cells lie in between its cooling panels. You will feel a tugging sensation once the hand-held device suctions the fatty bulge.  But don’t worry! These sensations only last for 5 to 10 minutes.

The Science Behind Fat Freezing

Experts have discovered that fat cells are more susceptible to damage from cold temperatures than other cells.  When the cold injures the cells, it triggers an inflammatory response, which kills fat cells. This process involves macrophages, a type of white blood cell that aids in eliminating the dead fat cells and debris.

How Long Does the Procedure Take?

The device targets a small area at a time, and the treatment of each part takes up to one hour.  Each session focuses on a different area, so the whole abdominal area needs about six treatments.

What Should I Expect From This Procedure?

There are many advantages to using a cryolipolysis technique like CoolSculpting. Since it is a non-surgical procedure, your doctor will not make any incisions so you will have no risk of infection.  Furthermore, CoolSculpting does not make any lasting damage to the targeted area. The best part? CoolSculpting is effective! According to studies, patients have experienced 15 to 28 percent fat reduction four months after the initial treatment.  Some may experience changes just three weeks in, while others take around two months. The results are permanent, too!

BTL Vanquish vs. CoolSculpting: A Side by Side Comparison 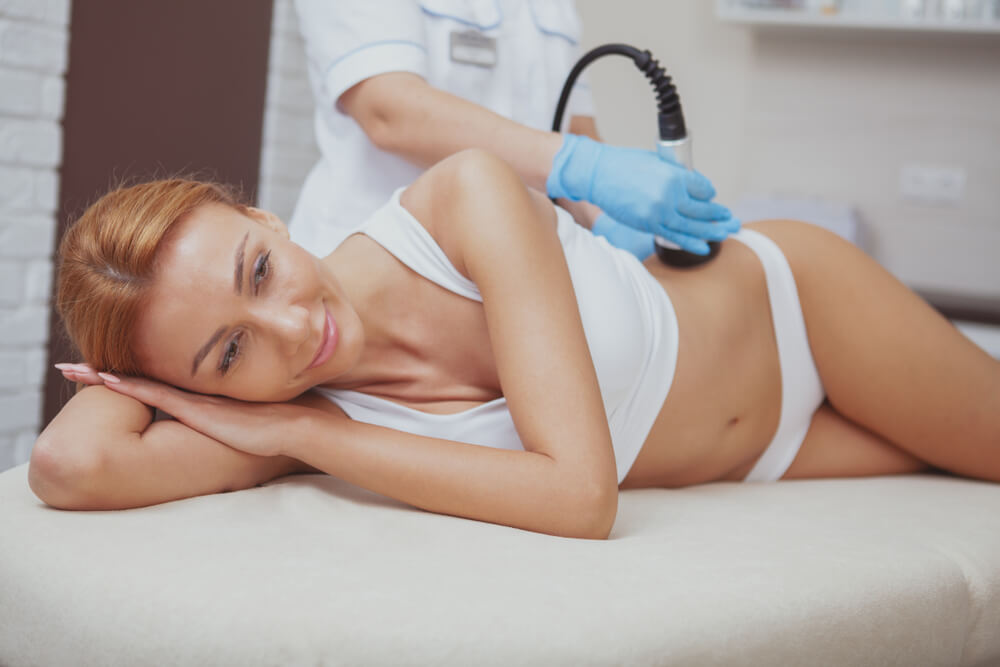 Both BTL Vanquish and CoolSculpting are proven effective in reducing fat cells in different parts of the body. Still, there are other things to consider when choosing the perfect procedure.  It could be challenging to compare them side by side, but don’t worry because we’ve already done it for you! Here is a quick rundown of the differences between CoolSculpting vs. Vanquish.

Both CoolSculpting and BTL Vanquish are minimally invasive procedures. They do not require incisions, so there’s no need to worry about infections or scars! These treatments are performed as outpatient procedures and do not involve anesthesia. CoolSculpting requires direct contact of the device with the skin, which might feel a little bit uncomfortable. Still, the treatment is safe and effective as long as the technician operates the device correctly. Remember, searching for the right provider is just as important as choosing a procedure! Meanwhile, BTL Vanquish patients can hold a safety cord to let them turn off the device without a technician’s help. They can use this safety cord whenever they feel any discomfort.

If you’re only looking for permanent results, then choosing between BTL Vanquish vs. CoolSculpting should not be an issue. Both procedures ultimately kill off fat cells. BTL Vanquish disrupts fat cells by emitting radiofrequency waves. Fat cells do not regenerate in most cases, and the number of cells does not change. Meanwhile, CoolSculpting’s cooling technology is responsible for killing the cells. Then, the immune system clears the crystalized fat cells for good.  Since BTL Vanquish and CoolSculpting are non-invasive procedures, they are not to be compared with surgical procedures. Liposuction, a cosmetic surgery, gets rid of about ten times more fat than non-surgical techniques. However, liposuction can be painful and may impose some risks. There may even be rare fatal complications with liposuction, so you have to weigh your decision carefully before trying.

Knowing how much time it takes for results to be noticeable could heavily influence your choice between CoolSculpting vs. Vanquish.  Since CoolSculpting only targets a small part at a time, it takes a while to complete the treatment. It usually takes up to 3 to 4 months for the final results to be visible. On the other hand, BTL Vanquish can target a large area of the skin. Some fat cells die immediately after exposure to the heat from the procedure. Because of that, results appear instantly in some cases. This development also continues to improve over the next several weeks. So, in terms of time, it’s safe to say that BTL Vanquish wins a point in its battle against CoolSculpting.

BTL Vanquish does not carry major side effects, although your skin might turn slightly pink from the heat during the treatment. You might also end up sweating slightly. However, it should not be an issue because these can be fixed by repositioning the device. CoolSculpting is also generally safe. However, it may have the following side effects:

Paradoxical adipose hyperplasia refers to the sudden growth of fat cells and tissue in the areas around the targeted part of CoolSculpting. It is a rare side effect of cryolipolysis. This condition usually takes a few months after the initial treatment to manifest. These tissues are abnormal, and CoolSculpting cannot destroy them once the condition manifests. Even liposuction is not effective against this. PAH only leaves one option, which is surgical excision.

CoolSculpting targets fat cells, but sometimes, nerves in the area might end up getting frozen too. Once this happens, you might experience nerve pain. It is uncomfortable but will eventually settle after a few weeks. However, in some cases, it might take a few months to disappear.

BTL Vanquish does not have BMI anyone who is an adult and has a relatively healthy weight can try it.  Meanwhile, CoolSculpting is not meant for everyone. Those with Reynaud’s phenomenon are not allowed to use CoolSculpting. This condition is a rare disorder that affects the blood vessels in the toes and fingers and, sometimes, in the nose, lips, or ear lobes. The cold temperatures from the procedure can impede blood flow in these areas. CoolSculpting is not recommended for the following clients as well:

No need to think about which procedure costs more when choosing between CoolSculpting vs. Vanquish. They cost around the same despite CoolSculpting requiring more treatment time. But here’s the best thing:  BTL Vanquish and CoolSculpting are significantly less expensive than cosmetic surgeries like liposuction!

Can I Combine Procedures? 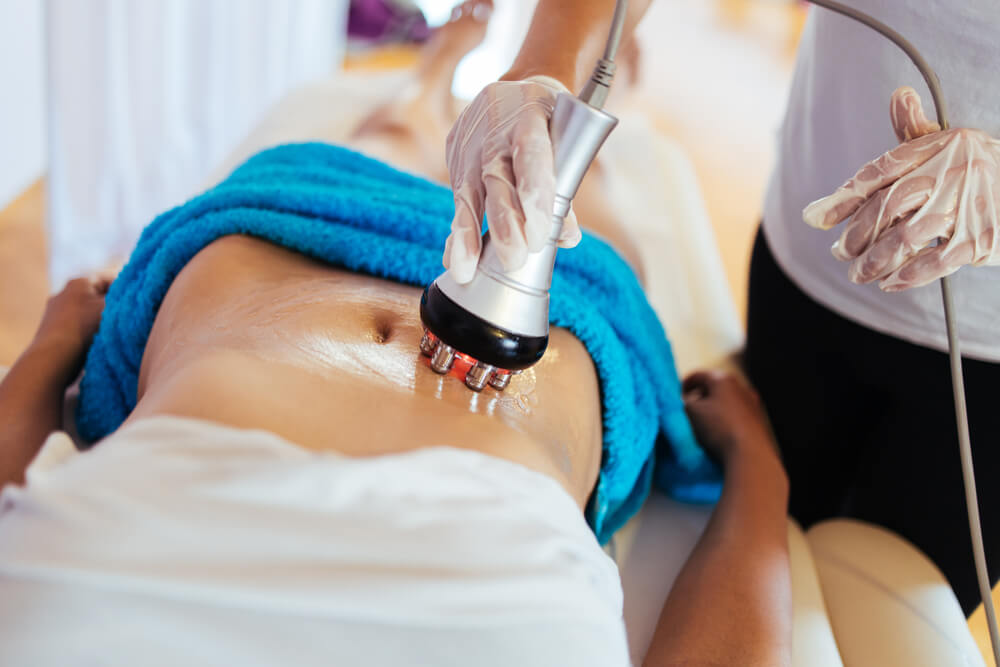 Since BTL Vanquish is non-invasive and contactless, you can have better results when you combine it with another treatment. At Introlift Medical Spa, we recommend pairing BTL Vanquish with the Introlift RF Body Sculpting. This non-surgical treatment also heats excess pockets of fat on the stomach, hips, and thighs. More than that, it can tighten saggy skin and reduce cellulite caused by pregnancy or weight loss. But wait, are you looking for treatment packages to achieve your dream body?  Check out some of Introlift’s customized packages involving BTL Vanquish! The first package is The Dreamer, which focuses on the abdomen, while also targeting other parts of the body.  In this offering, we combine BTL Vanquish with Exilis Elite, a face and body contouring procedure that uses radiofrequency and ultrasound technology. It tightens the skin and reduces sagging, wrinkles, and cellulite.  The Dreamer includes:

Our next package is the Sexy Bash, which targets the thighs. It is comprised of the following treatments:

If you want to have the best results, you can try our Full Body package. It combines The Dreamer, Sexy Bash, and our other packages, such as the Shake That Booty (buttocks) and Non-Surgical Arm Sculpting packages!

Still can’t decide whether you’re on team Vanquish vs CoolSculpting?  No need to worry!  Our experts at Introlift Medical Spa will help you find the perfect treatment plan! We offer packages for both men and women. Plus, we have monthly promotions for all your face and body needs!  Call us at 754-218-5290 if you have any questions or want to schedule a consultation. You can also book an appointment online and expect a reply within 24 hours.  We look forward to helping you achieve your dream body!